In "Eskimo Diva" from 2015, we meet Nuka, who dreams of becoming the first drag queen touring north of the Arctic Circle. Together with his friend Lu, Nuka travels into the Arctic summer to show that you can be a cool performer, gay and create a party in the small villages. Yet, not everyone is ready for the new times, and they do meet some resistance, which they tackle with courage and crisp humor.

However, as Nuka's life takes an unexpected turn, it looks bleak for the tour and Nuka's dreams. Lene Stæhr's documentary unfolds as both a funny and heartwarming road movie about a brave person's dreams and struggle for the right to be himself.

Video greeting from Nuuka
Much has happened in Nuka's life since the film's premiere in 2015, and after the film we will show a short video greeting from Nuka Carmen Bisgaard, who is also known as one of the initiators behind the first Greenlandic Gay Pride, which took place in 2010 in Nuuk. 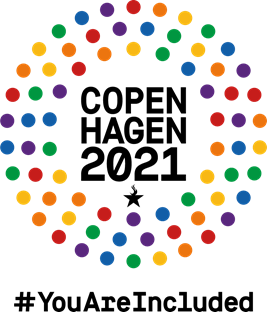